Carlos began performing professionally at age 15 and has performed throughout Argentina, Europe, Canada, Mexico and the United States, both as a dancer and as a musician. As a member of Tango a Media Luz, Carlos was dance captain and assistant for El Pampa Cortés. He performed in the cast of Swango and Latin Dance Carnival. He has been seen on The Today Show and Despierta America, and worked with movie stars Jennifer Lopez and Cameron Diaz. With his company, he has also choreographed cast members of Forever Tango and has taught for the Joffrey Ballet. Carlos performed in Romulo Larrea's productions Tangos para La Milonga, Tango First Century, Spotlight on Tango, TANGOS: from Gardel to Piazzolla, TANGO For lovers only and TANGO: a passion of a lifetime. Both cultivated a professional and artistic relationship that has taken them throughout the United States, Canada, and more recently to Europe.

Ana Padrón, tango dancer
With an energetic, sensual and innovative style, Ana fluidly blends Nuevo tango with the traditional tango. She is a graduate with honors from the University of Florida, with a degree in Fine Arts. In addition to Argentine tango, Ana has developed a wide range of dance disciplines that includes classical ballet, jazz, African, Jose Limon and Martha Graham techniques. Ana has taught extensively nationally and abroad at various festivals. She is the co-founder of the tango dance company Tango for All. Ana performed in Romulo Larrea's productions : Spotlight on Tango, TANGOS: from Gardel to Piazzolla and TANGO: a passion of a lifetime.

Mariana is an acclaimed performer, featured on stage, TV and film. She is widely known and admired for her masterful expertise in Argentine Tango and Salsa. Mariana is a graduate from Rutgers University, Douglass College with a BA in Dance and Communication. Her theater credits include, The Bitter Tears, Tango Fever, Evita, Swing, the musical, Swango, Tango Por Ellos, Tango Connection, Roxanna's Tango, Glamour Tango and numerous tango productions. She choreographed a major Parle commercial in Mumbai, India, starring Bollywood star Roshan Hrithik. She taught and coached Chita Rivera and Tommy Tune in Tango. Mariana is the recipient of the 2019 St. Louis Circle Award for Outstanding Achievement for Choreography for the production Evita and the 2013 Hola Award for Outstanding Achievement for Choreography for the production Tango Fever. Mariana performed in several productions led by Romulo Larrea: Tango First Century, Spotlight on Tango, TANGOS: from Gardel to Piazzolla, TANGO for lovers only and TANGO: a passion of a lifetime.

Tango teacher and dancer from Mendoza, Argentina, he is known for his real tanguero style. At the age of seven he began an intensive study of Argentinean folklore dance with Monica Maturano and at 10 he received his first tango lesson from his mother. Hernán’s first and most influential teacher was Cesar Coelho of Forever Tango. He has taught and performed at various festivals, milongas and studios in New York and Massachusetts and most recently in Australia and New Zealand. He was a principal dancer in the off-Broadway dance play Let’s Speak Tango and choreographed and starred in the short film Gardenias. He also performed at the United Nations under the direction of Hector Zaraspe. Hernán performed in Romulo Larrea's productions: Tango First Century, Spotlight on Tango, TANGOS: from Gardel to Piazzolla and TANGO for lovers only.

Yaisuri Salamanca and John Hernan Raigosa are an award-winning professional Argentine tango couple with more than 15 years of performing experience. They dance with explosive strength, playful creativity, and a powerful emotional connection. Their style is firmly grounded in authentic tango learned from Argentine masters enhanced by technique gained from training in ballet, jazz, and Latin dance.  In addition to their training in tango, they have taken Pilates, Yoga, and Gyrotonic. Besides their performing prowess, Yaisuri and John are experienced teachers who are passionate about sharing their knowledge of tango with dancers of all levels. Through the years their won several Tango competitions as USA World Tango Championship, Pelando Variación (New York), World Tango Championship (Buenos Aires), Official World Tango Championship (Colombia). They performed in Romulo Larrea's production TANGO: a passion of a lifetime.

Leah Barsky, tango dancer
Born in Germany, Leah moved to the United States at a young age. She has been dancing since the age of five and is trained in ballet, modern and jazz. She is also a certified Pilates instructor. She attended the California Institute of the Arts, American Dance Festival, The Julliard School Summer Intensive and New York

State Summer School of the Arts on full scholarship. Leah has performed extensively nationally and abroad with The Nai Ni Chen Dance Company, New Generation Dance Company, Westminster Ballet Theatre, Marta Renzi and Dancers, Tango y Más, Armitage Gone! and The Metropolitan Opera. Most recently, she performed as a principal dancer with The Chicago Lyric Opera in the production of Showboat. For several years, Leah has been passionate about tango. She also was a finalist in several editions of the Mundial de Tango in Buenos Aires. She performed in several productions led by Romulo Larrea: Tango First Century, Spotlight on Tango, TANGOS: from Gardel to Piazzolla and TANGO for lovers only.

Born in Buenos Aires, Argentina, Cecilia began studying art and dance at the age of eight, and was a graduate of the Municipal School of Modern Dance General San Martin. Later, she graduated as a classical dance teacher from the Escuela Nacional de Danzas (Argentina). She has performed in America as well as abroad, including Europe. She was one of the artists invited during the Tribute to Juan Carlos Copes during the Mundial de Tango. Her work with masters of the tango and dance such as Juan Carlos Copes & Maria Nieves, Julian Plaza, Atilio Stampone, El Sexteto Mayor and Julio Bocca won her the recognition of tango industry experts. Cecilia has participated in internationally acclaimed tango productions - including Forever Tango (Tony nomination) and Tango Pasión. She also participated as an actress and dancer in the play Tango Fever. For several years, she has brought her unique expertise and been a highly valued partner to the Romulo Larrea Ensemble. She participated in the following productions: TANGOS para La Milonga, Tango First Century, Spotlight on Tango and TANGO for lovers only. 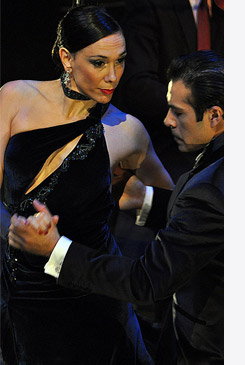 Born in Buenos Aires, Argentina, Mariana has been dancing tango for many years. She trained intensively in Buenos Aires with Chicho Frumboli and Lucia Mazer, Julio Balmaceda and Corina de la Rosa and Gustavo Naveira. Her background also includes modern dance, ballet and contact improvisation. She performs regularly on stage and also gives training and workshops. Although she remains faithful to the spirit of traditional Tango, her personal interpretation of the dance combined with a unique and sophisticated style makes her one of the most distinctive and amazing dancers of her generation. Mariana performed in Romulo Larrea's productions: Tango First Century, Spotlight on Tango and TANGOS: from Gardel to Piazzolla. 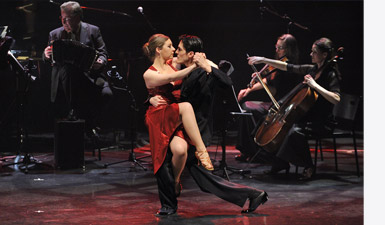 Jonas has a background in different disciplines ranging from classical ballet to contemporary dance, modern jazz, Latin dance and hip-hop. He decided to specialize in Argentine Tango in 2001. Graduated in modern dance in 1998 from the École de danse de Québec, Marika Landry decided since to focus her professional activities in the field of Argentinian tango. Her pedagogical skills, as well as her specialized workshops on women’s technique in tango, have won her an international recognition. She has also participated as a dancer and teacher in several Tango festivals. Together, they perform in well-known events including the Montreal International Jazz Festival. In 2008, they opened, respectively, Gotan Montreal Tango School and Karima Tango Dance Company. They have also co-produced and choreographed Milonga de mi Barrio show presented in Montréal. Marika and Jonas punctually perform with the Romulo Larrea Ensemble. 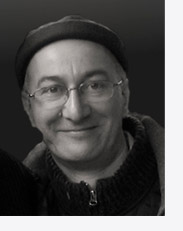 Pierre is active mostly in dance since 1982, first in Toronto (Canada) as stage manager, then in Montreal (Canada) for Les Grands Ballets Canadiens. He had the great opportunity to work closely with lighting designer Nick Cernovitch. Pierre started designing lights in the 1990's for Margie Gillis and has since designed every new work in her repertoire. Pierre's versatility allows him to move easily between modern and classical vocabulary. He has been resident lighting designer at Alberta Ballet Company and at Boston Ballet. He designed also for the Royal Winnipeg Ballet, the Ballet BC and the Atlantic Ballet Theatre. Pierre also ventured successfully into the world of music. He has designed the lighting for several shows of Montreal's Tango music septet Ensemble Romulo Larrea. 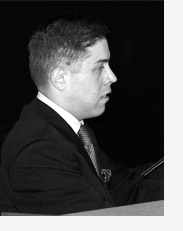 François is pursuing a career as an organist and a pianist. He completed his studies in organ, harmony and improvisation with Raymond Daveluy. In parallel, he studied piano and chamber music with Professor Lise Boucher at the Conservatoire de Musique du Québec à Montréal. In 1997, he received a 1st prize in piano, with distinction. He regularly plays the piano and the organ in recitals, as a soloist and as a chamber musician, both in Canada and abroad. He has also performed alongside renowned artists such as Marie-Nicole Lemieux, Benoit Loiselle and Olivier Thouin. He recorded several works on the label Disques XXI-21 and Atma, which have received critical acclaim both in America and in Europe. He is currently the organist at the Gesù Church in Montréal. 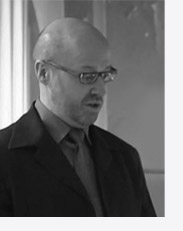 Born in New Brunswick, bass-baritone Normand Richard graduated from Université de Moncton. From 1992 to 1995, he was a member of the Atelier lyrique de l’Opéra de Montréal, where he was awarded the Louis Quilico Prize. Mr. Richard has sung numerous roles on the Opéra de Montréal stage, and has appeared as soloist with the Montreal Symphony Orchestra, Orchestre Métropolitain, Orchestre Symphonique de Laval. He has also participated in many Radio-Canada and CBC radio broadcasts and is a featured soloist on several CD recordings. Normand Richard is especially active in oratorio and early music, appearing regularly with ensembles such as the Studio de musique ancienne de Montréal, Les Idées Heureuses and Les Violons du Roy. He has sung in France on numerous occasions with Le Concert Spirituel de Paris and its director Hervé Niquet. He has also appeared as soloist with les Idées Heureuses in France and Holland. In 2017, he sang the role of Père Saint-Michel in both Pacific Opera Victoria and Edmonton Opera’s productions of Les Feluettes.

Through the years, the Ensemble has shared the stage with great names from the classical field both locally and internationally, including:

… as well as with Quebec- based singers such as,